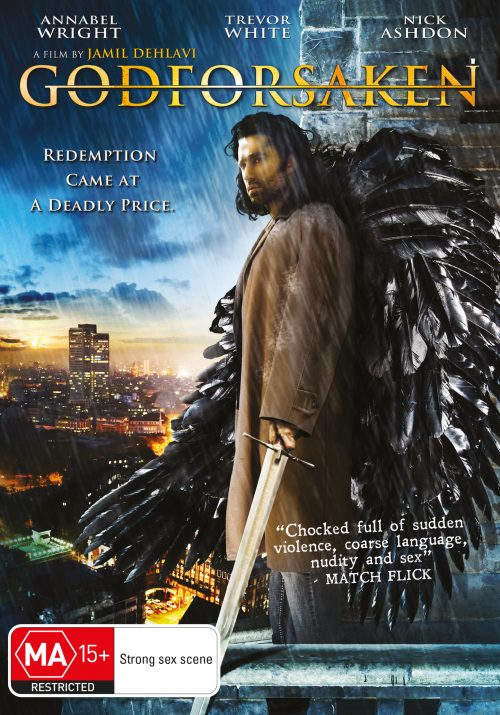 Lucile makes her confession to the priest. It is the story of a mother driven mad by the loss of her child. And of an encounter with a man who claimed to be an angel seeking redemption for the death of a child under his protection. He had no name. The night he first appeared, sixteen years ago, the child was killed. Now he carries wounds on his back that resemble the stumps of severed wings. And he has a mission. Was he real? Or the product of her tortured mind. Was he Godsent? Or was he Godforsaken?