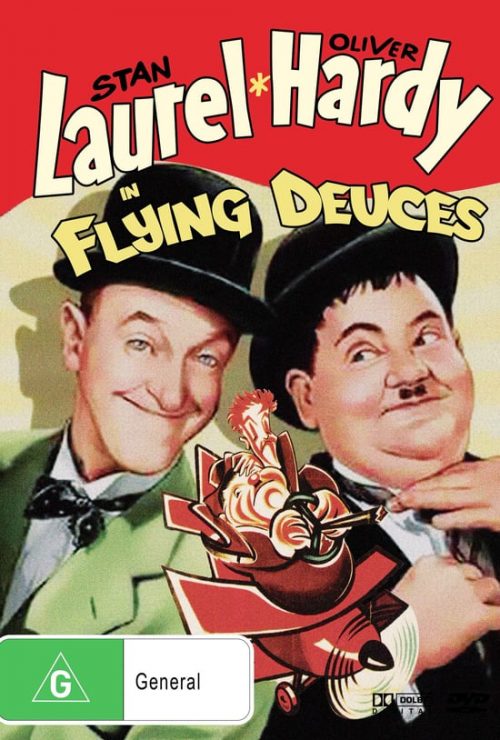 Oliver is heartbroken when he finds that Georgette, the inkeeper’s daughter he’s fallen in love with, is already married to dashing Foreign Legion officer Francois. To forget her, he joins the Legion, taking Stanley with him. Their bumbling eventually gets them charged with desertion and sentenced to a firing squad. They manage to escape in a stolen airplane, but crash after a wild ride.