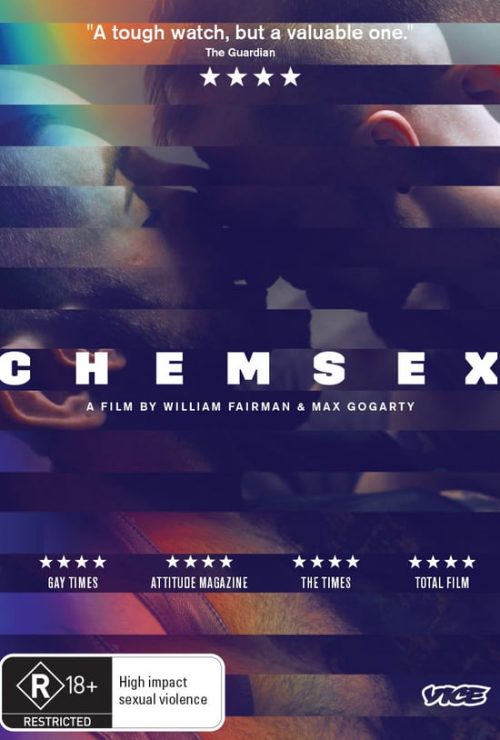 Chemsex from Bounty Films on Vimeo.

In hidden basements, bedrooms and bars across London, “Chemsex” is a documentary that exposes frankly and intimately a dark side to modern gay life. Traversing an underworld of intravenous drug use and weekend-long sex parties, “Chemsex” tells the story of several men struggling to make it out of ‘the scene’ alive – and one health worker who has made it his mission to save them. While society looks the other way, this powerful and unflinching film uncovers a group of men battling with HIV, drug addiction and finding acceptance in a changing world.

“…a provocative, often shocking exposé about a ‘new norm’…” – FilmInk